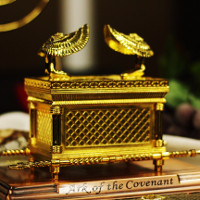 Eli feared for the ark of God—the sacred chest containing the Ten Commandments—because the army of Israel had taken it with them into battle. The Israelis were defeated, the ark was captured, and Eli died. But the ark of God was in no danger. Even though the Philistines captured Israel’s most sacred possession and placed it in the temple of their god, Dagon, God knew how to take care of the ark.

It seems like much of my spiritual journey has been discovering the God who knows how to take care of His own. The more I get to know Him, the more He delivers me from my misplaced fears.

PS. Our Inner Wealth topic for Saturday 9/28/2019 is overcoming anger.