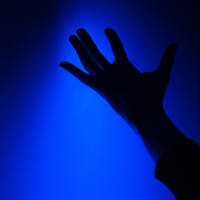 When one of my sons was 12 or 13, he posted a comment on a forum that he favored creationism over macro-evolution. He received about 100 responses disagreeing with him. I don’t think a single one treated him with respect. Every one was some form of “you are stupid for believing in creationism.”

First, let me say this: This post is NOT about creationism vs. macro-evolution. It’s about something else.

To say that my son was hurt would be, I think, an understatement. Here he was, just starting to figure out his world, venturing into the public arena, and he was mowed over. I patiently dissected every comment with him, and tried to explain that every one was just a variant of ad hominem—an attack on a person, rather than the position. Sure, some of them sounded very sophisticated, educated, scientific, but they weren’t. They were just name calling.

This happens a lot. Much of politics is name calling. People do it because it works. If you call someone a name loud enough and long enough, pretty soon that person loses all credibility. Nobody wants to listen to them. And, believe me, it happens on both sides.

But anyway, the experience got me thinking. Why would a hundred people want to destroy a twelve-year-old boy’s self image? What would cause them to be so vitriolic? What difference does it make if a kid—or for that matter—if anyone believes in creationism? Why was this so important to them?

Why did they need to believe what they believed?

Don’t tell me that this has something to do with science, or the fossil record, or scientific advancement. It doesn’t. The venom in their comments is coming from someplace else. My son’s post touched something primal; it caused a visceral reaction. Why?

The answer I came up with is this: Macro-evolution is the lynch pin for the atheist. As long as he has it, he doesn’t need to invite God into his world. He doesn’t need to answer to God. God is irrelevant. But if he loses it, then his entire system comes crumbling down.

This explains, I think, why we can go around and around with people in conversations on politics, religion, and many other things and get no where. People believe what they believe NOT because they looked at the evidence with an open mind, but because they NEED to believe it. Their world falls apart if they don’t believe it.

Jesus said, “I am the truth.” He said, “The truth will set you free.” We need the Truth. We need Jesus at a primal level if we’re ever going to hope to START unraveling how we see our world.