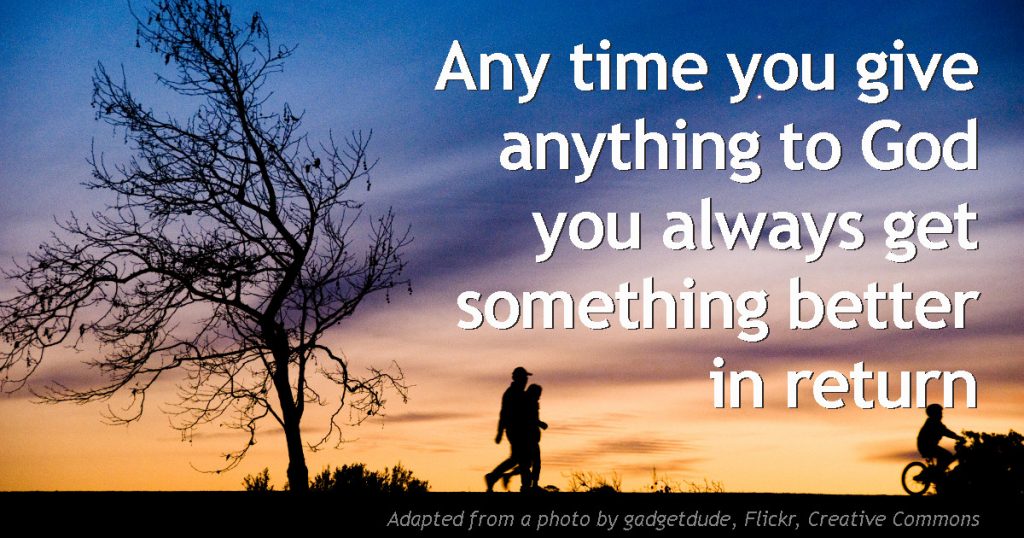 God doesn’t make mistakes. He created us with the ability and the need to get angry sometimes. Do righteous men and women get angry? You bet they do! There is plenty in this world to get angry about.

But anger is like dynamite. Mishandled, it can get you into a lot of trouble. In this mixed-up world, sometimes we cannot use that anger for its intended use—to correct a problem or injustice—because sometimes we don’t have the freedom to do so.

So what do we do? We trade up. We hand the anger over to Jesus and see what He has in exchange for us. It might be peace. It might be joy. It might be some new insight that we never had before. It might be a plan. I don’t know what it will be, I just know that any time you give anything to God you always get something better in return.

In other words, we forgive.

These thoughts are adapted from the course Spiritual Self Defense. More info here: