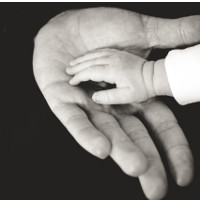 I believe in miracles because, hey, God by definition is supernatural, so why wouldn’t supernatural things happen when He is present? Not believing in miracles seems like a way of back peddling on my belief in God, and I’m not about to do that. What I don’t believe in is miracles on demand, miracles for my own entertainment, vending machine miracles, cheap miracles. God will not allow His power to be misused like that.

Chief among those miracles I DO believe in: I believe Jesus rose from the dead. Many reasons; here’s one. Christianity has had opponents from Day One. Many have wanted to shut it down, even from the outset. And that would have been very easy to do. Just produce the body. Come up with the corpse. Show the world that Jesus was dead. They didn’t do it. They couldn’t do it. Even though they tried. And here’s a bonus reason. Nearly all the disciples paid with their lives for their claim that they had encountered the resurrected Jesus. People aren’t going to do that for a conspiracy. At least some of them will crack. None of them did.