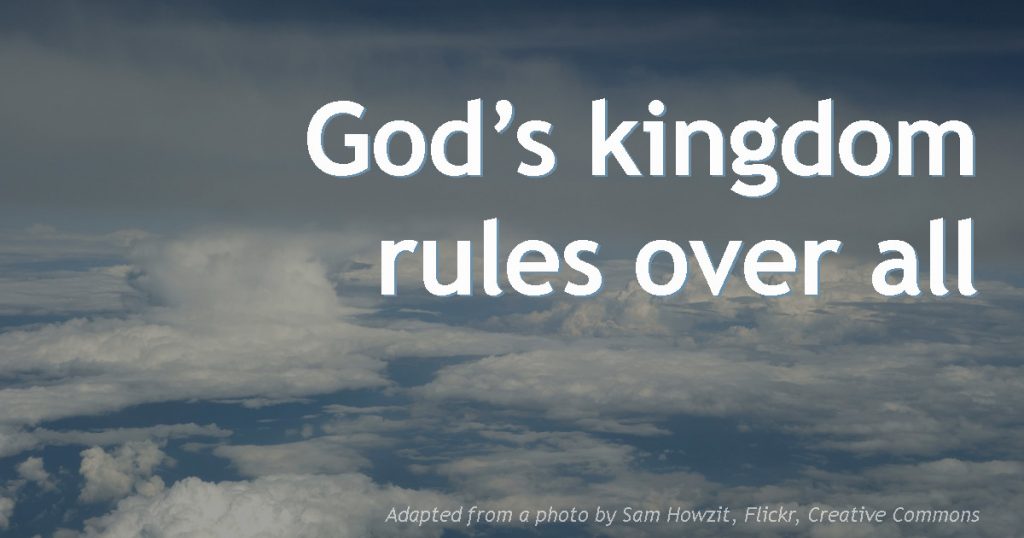 God has set up His throne in heaven, and His kingdom rules over all. Psalm 103:19

I need this verse also. I need to know that Someone is in charge. Chaos does not rule. God does.

In 1998, my grandmother passed away. She was 102 years old. She saw the rise and fall of the Soviet empire. She outlived Lenin, Hitler, Stalin. Her lifetime encompassed Kitty Hawk and Neil Armstrong. She was seventeen when she saw her first automobile.

She never talked about these things, of course. Her heart was all about showing kindness in a quiet, unobtrusive way to little people, to obscure and forgotten people in her corner of the world.

But when I wanted some perspective, I sat down and visited with her. The Gestapo, the KGB, the Bolshelviks were history, but this tiny quiet woman lived on.

There’s a lot of noise in this world. But God’s rule outlasts the noise, and His people will endure. God will triumph.