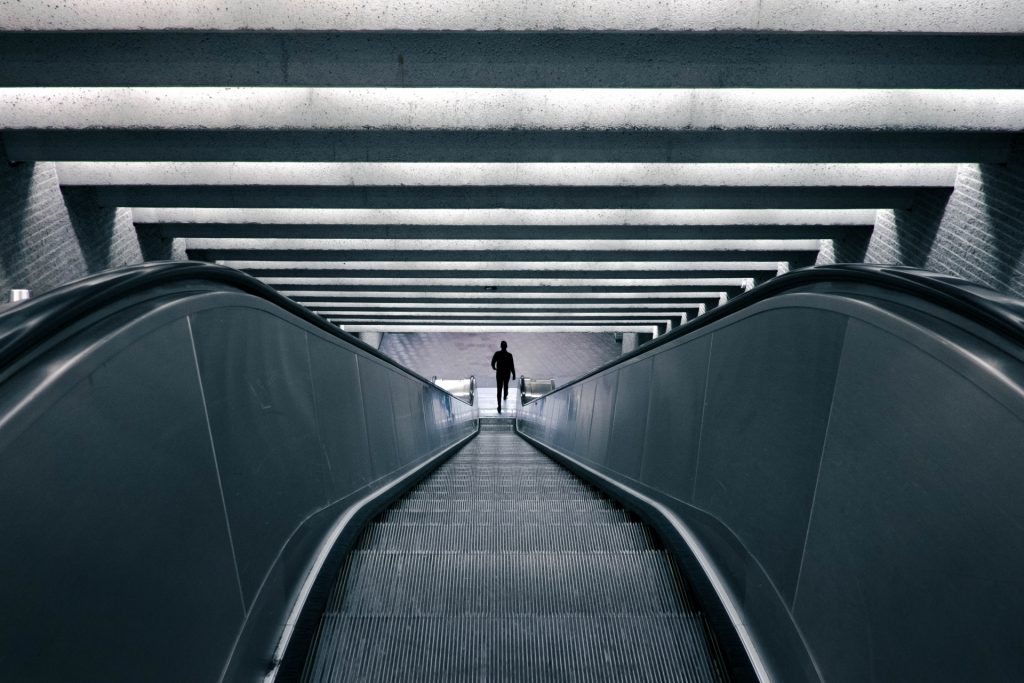 Between the end of the Old Testament and the middle of the New Testament, a huge shift in thinking takes place. If you don’t understand this shift in thinking, you’ll find many passages of the Bible to be confusing, and you’ll take away from the Bible meaning that was never intended.

#1 God’s people: a nation or a faith community
In most of the Old Testament, God’s people were understood to be the Israelis (or Israelites, the Jews). God’s people were members of a nation, a people group, all descended from a common ancestor—Jacob, son of Isaac, grandson of Abraham. While anyone could worship God, the right ancestry gave one an enormous advantage.

In the New Testament, God’s people come from any and all nations. The original New Testament word for “church” is ekklesia which literally means “called out.” God’s people are called out of every nation. This was a huge paradigm shift for the early followers of Jesus.

#2 Reward: the land or God Himself
The reward for the righteous in the Old Testament was the land. More specifically it was the land currently occupied by the nation of Israel plus some. God promised His people the land of Canaan, and He promised they would own and occupy it as long as they remained faithful and obedient to Him. When the nation of Israel turned away from God, God took away the land from His people, but He promised to one day restore it to them.

In the New Testament, God makes no such promise to the church. Instead, the reward for their faithfulness is God Himself—a relationship with Him.

New Testament authors understood salvation to mean that the people of God (the church) would be saved from sin and allowed to enjoy God’s rule. This salvation culminates in the return of Jesus Christ to earth to set all things right.

#4 Focus: this life or the life to come
Although Old Testament authors had a concept of resurrection and life after death, the focus of their thinking was on this life. As a rule, good people were rewarded for their faith by prospering in this life. A long life was a sign of God’s blessing.

In the New Testament, the focus is on eternal life. It is understood that this life isn’t fair, that good people are often persecuted and deprived of the rewards that should be theirs, but their reward will be given in the life to come.

#5 Presence of God: Temple in Jerusalem or God’s people
While both the Old and New Testaments understood God to be omnipresent and unable to be contained even by the entire universe, in the Old Testament, God’s presence was centered in the Most Holy Place (or Holy of Holies), a special room within the Temple of God that was never entered except by the high priest and then only once a year on the Day of Atonement. (This, by the way, was the significance of the curtain in the Temple being torn in half at the time Jesus died. It signified that God had opened up a way for His people to enter His home.) It was destroyed by the Romans about 40 years after the crucifixion of Jesus. The Wailing Wall (or Western Wall) in Jerusalem is considered to be part of the ruins of the Temple complex.

In the New Testament, God’s presence is no longer focused in a building. Instead, both the church (i.e., all followers of Jesus—NOT a church building) and the individual believer are considered the home (temple) of God.

#6 Worship: Temple sacrifices or anywhere
In the Old Testament, God’s people were expected to travel to Jerusalem regularly to celebrate festivals and to make animal sacrifices at the Temple. Alternate places of worship were forbidden.

But in the New Testament, animal sacrifices became obsolete because Christ’s sacrifice of Himself on the cross fulfilled the purpose of all animal sacrifices. Believers instead present their lives as a living sacrifice to God, and worship God wherever they are any place in the world.

#7 Access to God: limited or expanded
The message of the Old Testament is clear: God is not to be trifled with. He is holy, and He is not to be approached except under the most stringent conditions. As a rule, only one person (the high priest) was allowed into the presence of God to act as a mediator between God and His people. This happened only once per year on the Day of Atonement. There were multiple barriers to accessing God, and severe penalties for crossing those barriers.

In the New Testament, Jesus Christ is the mediator between God and man, and all believers have a role as a priest (someone with access to God).

In addition, certain people (e.g., lepers) were excluded from the life of worship in the Old Testament, but were welcomed into God’s presence in the New Testament.

#8 Transformation: law transforms a nation or grace transforms individuals and communities
The law of Moses is introduced in the Old Testament. The law was intended to hold God’s people to a high standard so that all people would admire and follow the example of the nation of Israel. That ended up being, at best, a mixed success. At certain times (e.g., under King David), the nation of Israel did very well. But at other times, their actions damaged God’s reputation.

In the New Testament, God offers transformative grace to each believer empower him or her share God’s perspectives and to live well.

In the Old Testament, God’s Spirit empowered people for certain tasks or missions.

In the New Testament, God’s Spirit came to live inside His people.

#9 Instructions: Cultural or transcendent
Many of the instructions given in the Old Testament made sense to the culture of the day, but do not translate well into our culture today.

While the Old Testament contained transcendent moral principles, these transcendent principles became the focus of the teaching of Jesus and the apostles. New Testament teachings were intended to be trans-cultural so that members of any people group could join God’s church.

#10 Power: leaders or people with little power
Much of the Old Testament is directed at people in places of power. God speaks to kings, prophets, priests, and other leaders. As a rule, these people had considerable power and influence in the nation of Israel.

Much of the New Testament, by contrast, is addressed to people who have little or no political power. Followers of Christ are often persecuted, denied their rights, abused, and even murdered for their faith. In this sense, the New Testament is a survival guide for people who find themselves among the oppressed.

#11 Evil: foreign invaders or spiritual evil within
In the Old Testament, evil is often personified by the actions of neighboring people groups who followed gods other than the God of the Bible. Corruption of Israeli kings and other leaders made the nation of Israel vulnerable to foreign invasion. When the people of God turned away from evil, God typically sent a leader to rescue the nation from foreign oppression.

In the New Testament, evil is seen as something more personal—evil spiritual beings led by Satan controlling an evil world system populated by people corrupted by their own sinful attitudes. Faith, grace, and God’s Spirit work together to empower God’s people to triumph over evil by doing good regardless of how they are treated.

#12 Nature of God: God is one or God is three in one
In the Old Testament, the message is clear: God is one. This was in clear contrast to the polytheistic religions popular at that time.

In the New Testament, God is three in one—the Trinity. Father, Son, and Holy Spirit act in perfect harmony as co-equals each with different roles.